‘People in this country have had enough of experts‘ announced Michael Gove, MP, a central supporter of the Brexit campaign and current candidate to lead the Conservative party.* As the UK undergoes a period of political and administrative change (if not turmoil) following the vote to leave the European Union, his words resonate with many, whether they support him, or the outcome of the Brexit vote, nor not. 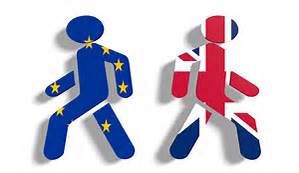 In fact the notion of ‘expertise’ is one of the many areas of debate and controversy in the broader autism community. Who are the experts in autism, and what is their claim to this title? Particularly from a biomedical standpoint, where – to put it simply – autism is conceived of as a set of impairments and deficits which reside within the individual – experts are considered to be those who can both detect, describe and ultimately prescribe some sort of remedy or intervention to alleviate the condition. Even from a social model perspective – whereby the emphasis is placed more upon external barriers in the creation of disablement – specially trained individuals to explain autism and provide support are considered necessary.

The autistic community has quite rightly driven forward arguments about the lack of autistic representation amongst these colonies of experts, as well as the fact that being ‘an expert by experience’ is of central importance in this context. Parents of autistic children can also feel excluded from the gathering of knowledge around their child, and that their input is considered invalid because it is purely ‘subjective’.

On the TAE project, we cannot claim to have resolved these complex matters in a way that will satisfy all those with a stake in the processes of autism education, although both in the planning of the project and through ongoing reflection we aim to show an informed awareness of the issues. Both the Greek and Italian teams have an ‘Expert Reference Group’ (ERG) which meets to review the training materials and the progress of the project. Its purpose is to try to ensure that the work of the TAE team is of a high standard and that its impact can be sustained.

One such meeting took place at the end of May in Milan, Italy. The ERG consisted of psychologist Alessandra Ballarè, neuropsychiatrist Beatrice Brugnoli, professor Lucio Cottini from the Università di Udine, educator and trainer Arnaldo Parrino, educator and teacher Simone Knowing Simon S. and parent, activist and trainer Giada Spasiano. Their view was that the TAE training materials were both innovative and positive for schools. They also discussed the UK National Standards and Competency Framework (which are being used as a model to inform the planning of the Greek and Italian training programmes), and how they need to be adapted to the Italian context.

Comments about the Italian ERG meeting included the following:

“I usually don’t like ‘working groups’ because they are usually noisy and people don’t respect the time schedule. But the Expert Reference Group in Milan was a very good experience for me: precise, quiet and with a high level of intellectual value. When I spoke, I realized that people really considered what I said. For me it is very important to find a suitable climate to express my views, and although I do not remember the names of the people I met – except Paola and Roberta (who I already knew) – I am grateful to all the people I met in Milan, and I hope to meet them again. I really want to change things, I really want to change thoughts. Thank you to all. Simon.”

“It was very interesting to participate to this meeting: the work the TAE team has done is impressive and very innovative from my point of view. Training and quality standards are key points to support schools in implementing their work with students with autism. ” Alessandra Ballarè.

On the TAE project, we hope that by consulting widely, engaging with different partners and promoting an inclusive agenda, the programme will ultimately enable mainstream primary school practitioners to be better informed and skilled in their work with autistic children. Making  a positive impact on the inclusion of those children in mainstream environments will be the ultimate test of our collective ‘expertise’.

*The comments on Michael Gove, MP are included as a topical reference and do not indicate any political affiliations of the TAE or its individual members.

3 thoughts on “Who are the autism experts?”